Is Your Phone Hacked? Here Are 9 Signs To Know If You’ve Been Hacked

Your smartphone’s lack of security could potentially damage not only your day, but also your life. Who knows what people store in their smartphone nowadays, and one just can’t let their phone be vulnerable from hackers who employ phishing attacks day and night.

A hacked phone can lead to a damaged reputation or a damaged credit score. You can’t be clueless as to how to protect your phone or how to tell if it’s already been hacked. If this got you scared enough, you can also take a look at our last week’s post: 16 Things You Should Know About Digital Privacy Invasion.

But for now, let’s discover the 9 signs that rings the alarm of your phone being hacked:

1. Your smartphone takes forever to load or power up

Is your phone taking way too long to load up or power up? There could be three reasons why it does this:

Now that we’ve got that straightened out, let’s take away the other factors that could be affecting your phone’s performance. Your phone, under normal usage shouldn’t lag or get clunky, unless when you are running gaming apps that are processor or bandwidth intensive.

You might also think using up your phone’s ROM is totally unrelated but there are certain phones which gets affected with a low memory capacity, so you should also take this into consideration. If you think your phone is running out of memory, you can opt to add a memory card to extend the memory or put some of your data on a cloud storage to free up some space.

However, if the first two aren’t factors close to consideration, you can run a malware check on your phone and have the malwares or suspicious files removed. There are anti-malware apps that are offered free for a certain trial period and you can take advantage of that to remove the malwares that could be harming your phone or stealing your data.

It’s important to install an anti-malware app or software on your phone but it’s just as important to examine whether your phone’s processor capacity is enough to run it. There are phones that just aren’t made for apps that uses up a lot of memory or is needing a bigger processor.

If you think your phone isn’t made for a bigger hustle, you shouldn’t load it up with apps that are too heavy for its use.

2. Your battery is drained up faster 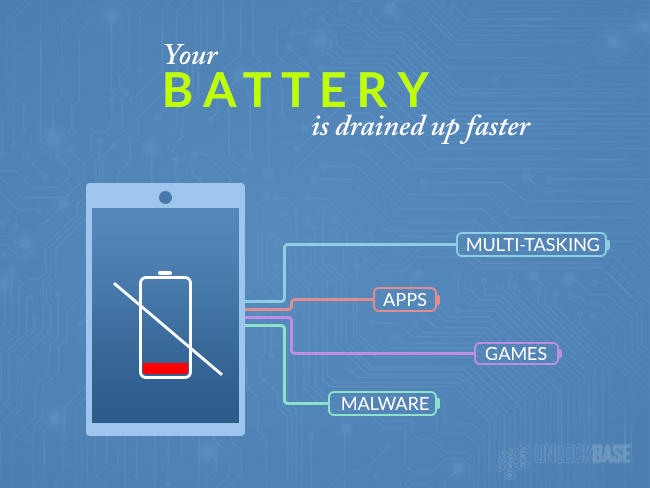 In relation to the previous item, malwares also use up a lot of power aside from processor capacity. It’s just like playing an online game, if you are playing online games or are multi-tasking, your battery drains faster compared to just texting or simple browsing the net.

Now, since malwares run in the background, which you don’t likely notice, they will eat up your phone’s power faster than it used to. And as mentioned, since some malwares piggyback on other apps, it will now take more power for the app to run properly. It affects not only how fast your phone performs but also the length of its battery life.

3. You have apps you didn’t even install

Some of these malwares can come as innocent offers, like pop-ups offering to help you free up some memory space and even trick you into thinking they are anti-malwares.

But how do these apps end up on your phone when you didn’t install them in the first place? Well, there are too many circumstances that could lead to this, but here are a few to consider:

You can easily uninstall these apps or if you think your phone is too “infected” you can reformat it or the memory card where you stored the installed apps. Make sure to backup your data though, because you won’t be able to retrieve them after cleaning up your phone or memory card. 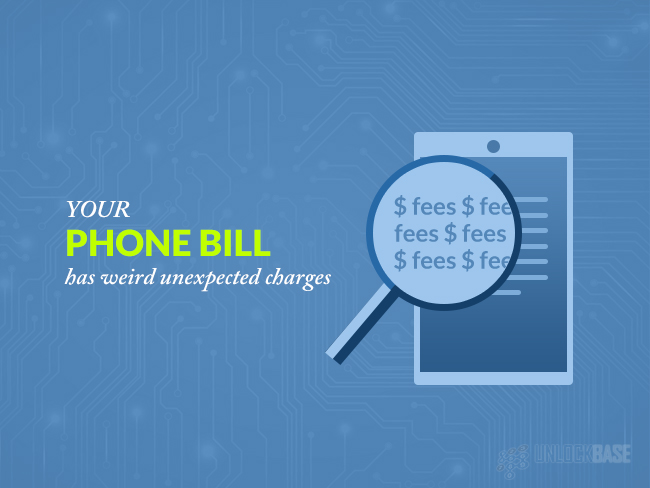 If you think the excess charge on your bills (which you have no idea about) is the only problem, you better think again. Some service providers have let their users to receive text messages from subscription based third-party vendors for services that are sometimes illegitimate.

Some of these text messages that get through has spam links that may lead you to suspicious websites or spam your inbox with messages that you don’t want at all. What’s worse is that you are paying for them!

If you are seeing these type of messages, you can call your service provider to help you opt out of these subscription-based text messaging services.

5. Your phone is accessing bad sites 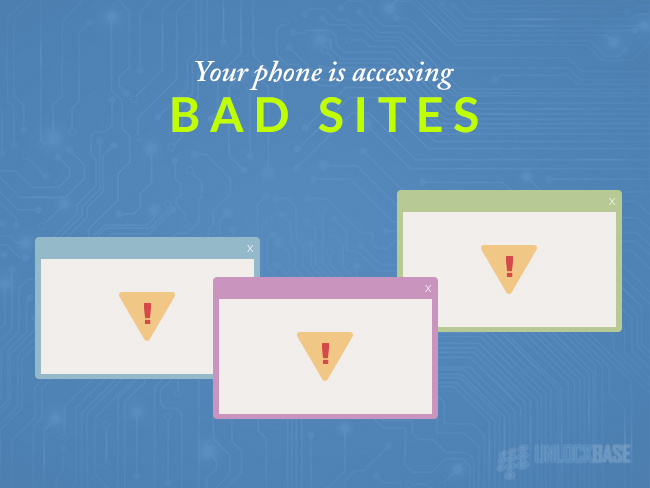 You know you wouldn’t do it using a company-provided VPN so if it wasn’t you, it sure was someone else pretending to be you. If you think your VPN ID or your login credentials have been leaked or stolen by someone else, you have to report it to your company’s IT department.

If that’s going to take long, you can start cleaning up the devices where you have logged in using VPN. Cleaning up can mean erasing your browsing history, removing your remembered passwords on browsers, and generally applying extra security measures.

Also recycling your password or having the same password for your email, social media, or banking app accounts is not really recommended. It is advisable that you even change your passwords regularly, like more than twice a year to keep you from hackers that maybe just lurking around the internet neighborhood.

Installing a firewall, either a router or a software is also advised as these will help you stay private when you are on the internet.

As mentioned earlier, if you have apps that aren’t working properly, there might be malwares that are piggybacking on them or are interrupting the way your phone functions.

If you are willing, you can also isolate the issue by doing a simple uninstall and reinstall to see if it’s just a problem with one app or a problem with your phone itself.

7. Your social media accounts are being accessed on places you haven’t been to

Social media sites like Facebook and Google, do take note of your location every time you log in. This helps them accurately suggest places you want to visit or provide related advertisements according to your current location.

This also serves as an added security feature, since you will be able to receive alerts every time there is a new device log in or if you’ve been logged in to places you weren’t usually logged in to.

For Facebook, you can check these “places” in the Account Security section. You will blown away with how much data Facebook really holds about you, and if you find suspicious logins from places you haven’t been to, you can choose to click on the “Not You?” option to let Facebook block any logins from the device logged in on that location.

From there, Facebook will walk you through the process of creating a new password and employing another set of security measure such as 2FA (2-Factor Authentication) to

If you are using gmail, you will also be able to detect new logins, and Google can help you block suspicious logins from unrecognized devices to prevent them from accessing your account again in the future.

8. You have ad pop-ups that you didn’t have before

A hacked phone doesn’t only mean leaked private videos, it could also mean annoying pop-ups that flash on your phone every time you open it. If you have pop-ups you can’t get out of or when you get them even when you are not on the internet, chances are the malwares have already stitched themselves to your phone and it’s going to be a a little challenging to get them off.

One way to get this fixed is to reformat your phone or to install an anti-malware software to get rid of the ad pop-ups.

9. Your personal data or information is being leaked 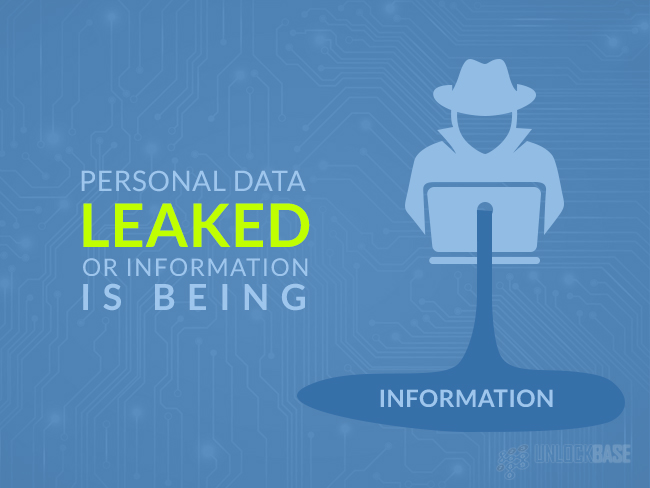 This is probably the worst thing that can happen to you when your phone is being hacked but don’t lose hope. Take the necessary security measures to keep your phone from being hacked!

Your iPhone X may look like it has the best set of security features, but hackers are getting smarter everyday. It’s best to keep your passwords to yourself or change them regularly. Adding 2FA or two-factor authentications also help you track every login on your online accounts. Adding a router, a firewall, or backing up your data on a secured cloud service provider is also one way to keep things protected.

Takeaway: Your phone is doing stuff you didn’t do.

You don’t need to be a famous celebrity or a big ball businessperson to become a target of hackers as anyone can be a victim.

A hacked phone can be doing stuff you didn’t do like sending text or messages that are spamming people’s inbox. A hacked phone can also become a medium to help the hackers reach more people and steal their information, so if you happen to have received messages from friends or contacts that you are sending suspicious messages, immediately report this to your service provider or to the authorities.